P. T. Barnum finds the love of his life, Charity, in young years while tailoring for her wealthy family. They meet again in adulthood, marry and have two daughters. They live a humble but happy life since Charity's parents are against their marriage. But Barnum wants more in his life and things start to get rough when he loses his job.
However, he has cunning idea: Get a loan from the bank and buy an attraction showcasing various wax models, called Barnum's American Museum of Curiosity. Sales only start to rise when Barnum employs “freaks” as live show acts thanks to suggestions of his daughters. These curious people perform together with artists in huge shows and draw lots of spectators.
But Barnum still wants more and people on the street start to take offense by the Freak-Circus while he already focuses on new projects. But what about his wife and family and his second family: all the curious people he pulled from the street and offered a home to? 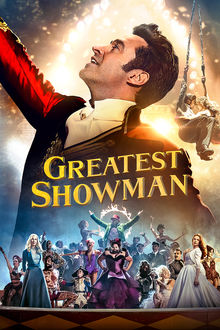